Hotbox Events is part of Hotbox Studios Ltd; the two organisations often come together for charity and sponsorship.

Amy O'Loughlin competing in the TransWales 2009 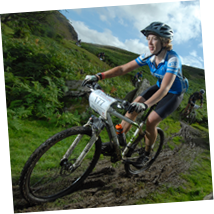 All here at Hotbox would like to send huge congratulations to Amy for making it through TransWales 2009, let alone achieving a podium finish! You can read more about Amy's journey from the start line to the podium here

Team Flamingo competing in the 2007 Nightrider12 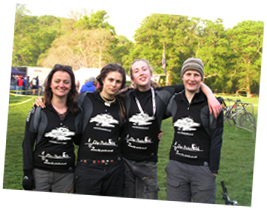 Hotbox Events and Hotbox Studios are sponsoring The Camping and Caravanning Club's forthcoming event for Camping Club Youth (CCY) members. The National Youth Rally will be hosted by the South Eastern Region of the CCY in July 2010.

The event is not-for-profit - with the tight budget relying completely on sponsorship from organisations such as ours. The event gives young people the opportunity to meet new friends from around the country and take part in challenges and sports. For more information visitwww.NationalYouthRally.co.uk.

Jenny and Phil Larby trekking to Everest Base Camp

Hotbox Studios and Hotbox Events supplied online services for Jenny and Phil Larby as they raised money for IT equipment for Lakshmi Ashram (a school in North India) by trekking to Everest Base Camp.

Jenny and Phil trekked across the Nepal Himalaya, starting from Lukla (the highest place that motor vehicles can reach) at 2,800m, and following mountain trails and rope bridges for two weeks to Everest Base Camp at 5,300m. The pair walked back down to Lukla over three days. When their fellow trekkers flew home, Jenny and Phil visited the school itself in the Indian Himalaya; helping The Holt School in Wokingham to maintain a pen-friend link with the Ashram. This clip from Meridian News gives a little more info about the trek.

We are always keen to get involved with worthy projects - please contact us if you are involved with something you believe we would be interested in helping with.